Warning: you may find what I’m about to write disturbing.

This doctor/novelist is tackling malnutrition

The woman behind the promising Grow Great campaign.

Kopano Matlwa Mabaso began her medical education during a terrifying era. The year was 2004, and HIV was devastating whole communities in South Africa, including the township outside Pretoria where she was born. For years, President Thabo Mbeki had denied people access to lifesaving anti-retroviral medicines. When my dad traveled to South Africa with Jimmy Carter to highlight this issue, he watched President Carter nearly come to blows with Mbeki.

To cope with the demands of medical school and the tragedy of what she was seeing all around her, Dr. Matlwa Mabaso started writing her first novel. “It was such a tough time,” she explains. “Writing was debriefing for myself, trying to make sense of all the crazy things I would see.” She published that novel, Coconut, when she was only 21 and still in medical school. It became a bestseller and earned her international acclaim.

But her literary talent did not pull her away from her main goal: helping children grow up healthy so they could contribute to the development of post-apartheid South Africa. After earning her medical degree at the University of Cape Town, she moved to England on a Rhodes Scholarship, studied health-system reform, and earned both her master’s and doctorate in public health at Oxford University. As if these accomplishments were not enough, during these years she wrote two other highly acclaimed novels, had her first child, and started a program to bring mobile ultrasound clinics to the Democratic Republic of Congo.

Today, at age 34, Dr. Matlwa Mabaso lives in Johannesburg and leads the Grow Great campaign, a sophisticated effort to eliminate child stunting from South Africa over the next decade. What is stunting? It’s the physical manifestation of under-nourishment. As the name implies, stunting affects children’s physical development, leaving these children more prone to getting diseases like diabetes and hypertension as adults. Stunting also affects brain development, which means stunted children are less likely to do well in school and less likely to be employed as adults.

Melinda and I have seen many stunted children in our travels. Sometimes we’re talking to a child who looks like one of our kids did at age three only to be told that the child is actually six or seven years old. It’s heartbreaking, and utterly preventable.

In 2016, South Africa conducted a national health survey and learned that a quarter of all children in the country are stunted. “Those results were quite devastating for an upper-middle-income country with the resources we have,” Dr. Matlwa Mabaso says. “Several other countries have less money but much lower rates of stunting than we do.”

Grow Great kicked off in 2018 and hired her as its founding director. She hired a staff of 20 and developed a strategy that draws on successful campaigns in Brazil, Peru, Chile, and other countries that have dramatically reduced stunting in recent years.

Grow Great is scaling up to reach a third of all pregnant women in South Africa—the ones most at risk of having stunted children—with antenatal classes and home visits to empower them to keep their children healthy. There are plenty of challenges Grow Great will have overcome to reach its ambitious goal of zero stunting in the country, but it’s starting with three big advantages.

First, stunting is almost entirely preventable with simple interventions during the mother’s pregnancy (such as making sure she gets nutritious foods) and after birth (breastfeeding, a healthy diet, and other steps for mother and child). Second, the South African government has great health policies that are aligned with the best data from global health institutions like the World Health Organization. Third, the country has nearly 70,000 community health workers, many of whom were originally hired and trained as a response to the HIV crisis. With training and support from Grow Great and its partners, these health workers are now providing not just education but also immunizations and other health services to pregnant and new mothers.

Grow Great has also launched a mass-media campaign—including social media, billboards, and taxi signs—to support its work on the ground. One big focus of the campaign has been promoting breastfeeding. Some new mothers prefer formula because they see it as a signal that they’re not poor. Others resist breastfeeding because of the lasting stigma from the early years of the HIV epidemic, when mothers were told that they could pass the virus to their children through their breastmilk. “There remains a lot of mixed messaging and stigma in communities around HIV and breastfeeding that we still need to overcome,” says Dr. Matlwa Mabaso.

As a natural outgrowth of her public health training, she put in place rigorous measurement systems from the beginning of the campaign, including efforts to listen to the mothers Grow Great serves and make adjustments accordingly. “We’ve already learned a lot from listening,” she says. “For example, in a lot of cultures here in South Africa, traditional practice is that babies can’t leave home for their first three months. So in these communities, postnatal classes outside the home for new moms just don’t work. We had to recreate the model.”

Grow Great is now one year into its implementation. Preliminary data are promising. For example, the data show that moms are recognizing the importance of early stimulation and nurturing care while the baby is in the womb. The data also show that participating in antenatal classes is helping new moms cope with the demands of pregnancy and the prospect of a new baby. In the next few years Grow Great will evaluate the impact of these efforts, assessing whether stunting is actually decreasing and, if so, by how much.

In her rare moments of quiet, Dr. Matlwa Mabaso will continue to use her writing talents to make sense of both the empowering and challenging days of working on one of South Africa’s most pressing public health problems. She and her husband, an engineer, have their hands full with demanding work and raising two children. But she has no intention of letting her writing muscles atrophy. “I don’t know if it will be another book, but I’m doodling and scribbling all the time,” she says. 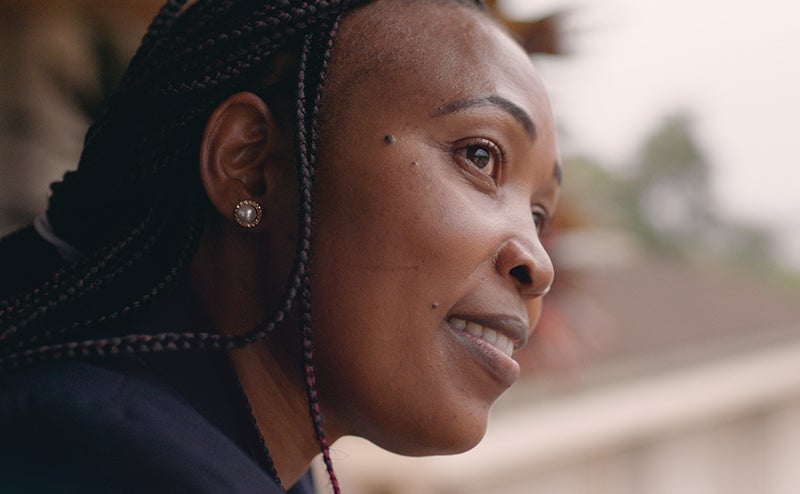 Malaria is deeply personal for this Kenyan scientist

Losing a brother to the disease supercharged her fight against malaria. 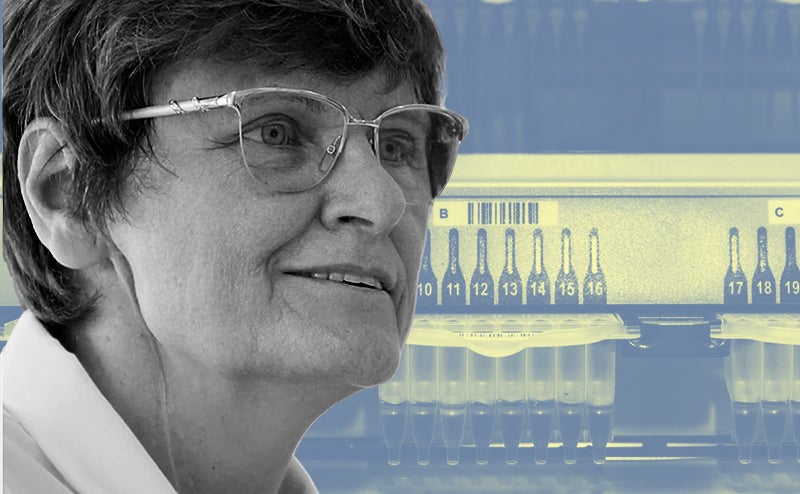 Long before most of us heard of mRNA vaccines, this hero saw their potential to save lives. 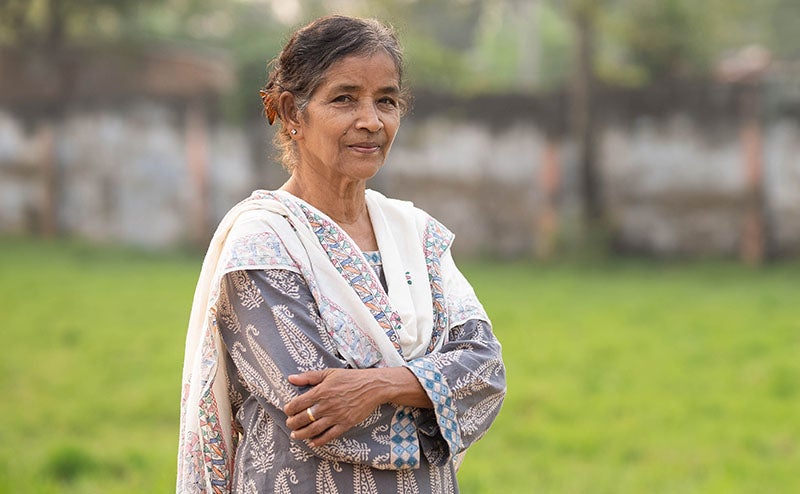 Inspiring girls to believe in themselves

This hero’s school empowers girls to see their potential for greatness. 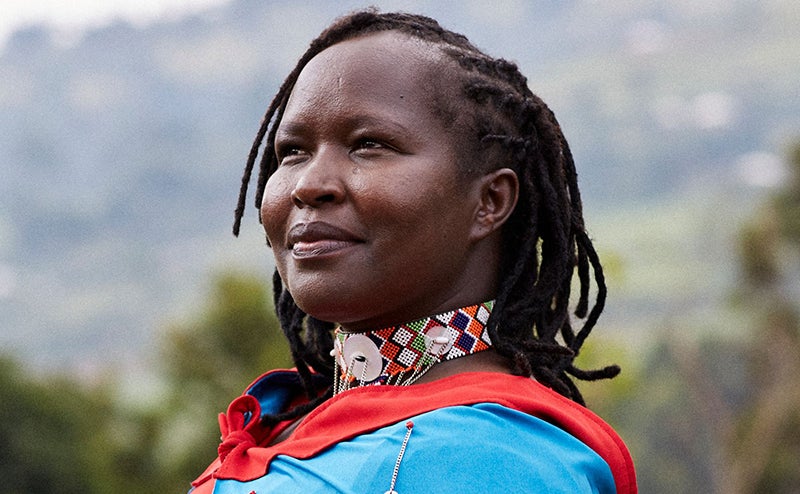 Her dream is freedom for women and girls

This hero’s community is being transformed by the girls who attend her school.