When we first got involved in U.S. education, we thought smaller schools were the way to increase high school graduation and college-readiness rates.

A book about growth—in every sense

Another masterpiece from Vaclav Smil.

After astronaut Rusty Schweickart looked down on Earth from space for the first time, he described a sense of awe that has become common to almost every space traveler since: “You realize that on that little blue and white thing there is everything that means anything to you, all history and music and poetry and art and death and birth and love, all of it on that little spot out there you can cover with your thumb.” NASA calls this realization “the overview effect.” No matter what country you’re from, you return from space with a feeling that our home is tiny, fragile, and something we need to protect.

Anyone who reads the new book Growth, the newest of 39 brilliant books by one of my favorite thinkers, will come away with similar urgency. The author, the Czech-Canadian professor Vaclav Smil, approaches things from a scientist’s point of view, not an astronaut’s, but he reaches the same conclusion: Earth is fragile and “before it is too late, we should embark in earnest on the most fundamental existential [task] of making any future growth compatible with the long-term preservation of the only biosphere we have.”

Before I get into how Smil came to this conclusion, I should warn you. Although Growth is a brilliant synthesis of everything we can learn from patterns of growth in the natural and human-made world, it’s not for everyone. Long sections read like a textbook or engineering manual. (“A plot of the annual totals of passenger-kilometers flown by all US airlines between 1930 and 1980 produces a trajectory that is almost perfectly captured by the quartic regression (fourth order polynomial with r2=0.9998), and continuation of this growth pattern would have multiplied the 1980 level almost 10 times by 2015.”) And it has 99 pages of references!

As Smil writes, “My aim is to illuminate varieties of growth in evolutionary and historical perspectives and hence to appreciate both the accomplishments and the limits of growth in modern civilization... Simply put, this book deals in realities as it sets the growth of everything into long-term evolutionary and historical perspectives and does so in rigorous quantitative terms.”

When Smil says “the growth of everything,” he means everything. Chapter 1 introduces a lot of technical detail behind the three most common growth curves seen in our natural and built environments: linear, exponential, and hyperbolic. Even if you don’t like math, don’t let this chapter scare you off, because it makes a really important point: It destroys the idea that you can take an early growth curve for a particular development—the uptake of the smartphone, for example—and use it as the basis for predicting the future. Yes, Intel co-founder Gordon Moore made a surprisingly accurate prediction about the exponential growth in the number of transistors on a chip. But even that “law” is likely reaching the end of its useful life. Transistors are now so small, we’re running into problems making them even smaller.

The next few chapters are easier to follow. Chapter 2 is all about the growth of living systems—from microorganisms to sequoia forests, and from humans to dinosaurs. (By the way, did you know that the T. rex weighed only a bit more than a male African elephant, and a tapeworm can live 25 years?) My favorite part of this chapter was Smil’s discussion of food production, which is instructive for our foundation’s work in agriculture and does a good job of explaining what kinds of productivity gains are possible.

In chapter 3, he lands on a topic he knows better than just about anyone else: the development and diffusion of new sources of energy—from traditional water wheels to nuclear reactors. He has covered a lot of this terrain in previous books such as his masterful Energy and Civilization. But here he’s setting the stage for subsequent chapters on technological developments that were made possible by the conversion of resources like water, wind, carbon, and solar radiation into energy.

When I read chapters 4 (artifacts, such as cathedrals, cars, and computers) and 5 (societies and economies), I had to marvel over how Smil’s mind works. The way he synthesizes information from dozens of different domains is amazing. I also marveled over all the miracles that modern civilization is built on, including power grids, water systems, air transportation, and computing. The book gave me new appreciation for how many smart people had to try things out, make mistakes, and eventually succeed.

Smil’s goal for these chapters is to show that no matter what domain you’re talking about, eventually you hit growth limits. Steel, the backbone of modern economies, is a great example. After many years of metallurgical and mechanical innovation, we’re simply not able to make it a lot cheaper or with a lot less energy. Ultimately, his analysis shows that what we’re trying to do in terms of changing our physical economy and the energy flows upon which it is built would be unprecedented in our history.

In chapter 6 and in a brief coda, Smil sounds less like an academic than an activist. He concludes that “treating the biosphere as a mere assembly… of goods and services to be exploited (and used as a dumping ground) with impunity—must change in radical ways.”

I don’t agree with all of his analysis. In particular, I’m more optimistic than he is about the degree to which today’s renewable energy technologies can be deployed, and the pace at which scientists and engineers will develop new clean sources. In my view, Smil underestimates our accelerating ability to model the physical world using digital technologies equipped with artificial intelligence. For example, future generations of clean energy will be designed and tested in computers, not on paper, before we try them in the world—a process that will speed up innovation in a dramatic way.

But I’ve always felt that Smil’s great strength isn’t predicting the future, it’s documenting the past. There’s great value in that—you can’t see what’s coming next if you don’t understand what’s come before. Nobody sees the big picture with as wide an aperture as Vaclav Smil. 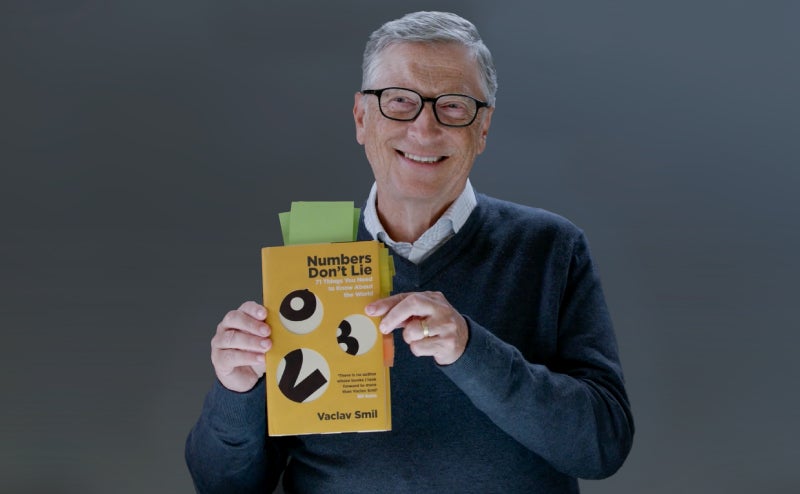 What sweat, wine, and electricity can teach us about humanity

Numbers Don’t Lie is Vaclav Smil’s most accessible book yet. 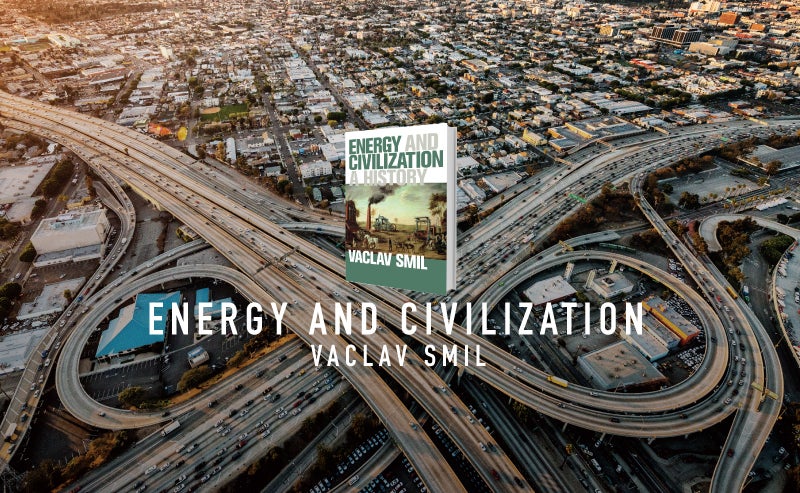 One of my favorite authors explains how energy drives human history. 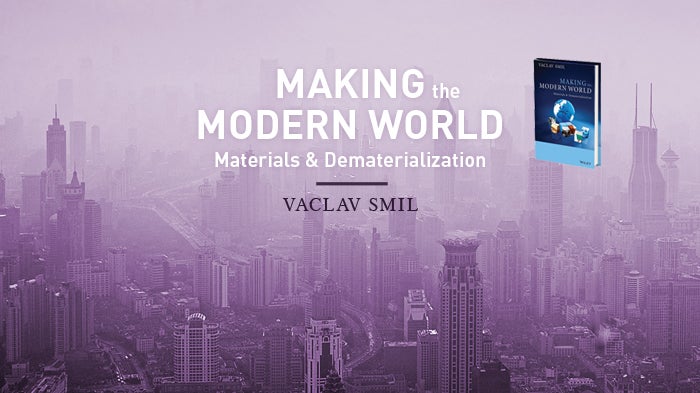 Have you hugged a concrete pillar today?

A fascinating look at the stuff that makes modern life possible.