How would you describe 2018? Was it what you expected?

I can’t think of a more important moment than right now in the fight against polio.

Most people today probably don’t know what this is:

And that’s a good thing because it shows how much progress the world has made against polio, a terrible and now largely forgotten disease.

This metal tank is an iron lung, a mechanical respirator that saved the lives of thousands of polio victims.

Polio attacks the body’s nervous system, crippling patients. In the worst cases, the disease paralyzes their respiratory muscles and makes it difficult for them to breathe, sometimes resulting in death.

Using changes in air pressure, the iron lung pulls air in and out of a patient’s lungs, allowing them to breathe and stay alive.

During the height of the polio epidemic in the U.S. in the 1940s and 1950s, rows of iron lungs filled hospital wards to treat thousands of polio patients, most of them children.

The reason we don’t see iron lungs anymore is because of polio vaccines, which were first developed in the 1950s. The vaccines were so effective in protecting people from polio that in 1988, the world decided to eradicate the disease. Since then, wild polio cases have dropped by more than 99.9 percent—from more than 350,000 a year in 125 countries to fewer than 200 cases last year in just two countries—Afghanistan and Pakistan. Thanks to this eradication effort, millions of people are walking today who would have otherwise been paralyzed.

Our foundation joined the polio fight almost 15 years ago. And in all that time, I cannot think of a more important moment than right now.

During the pandemic, the world has been reminded of what a precious resource the global polio program is. Thousands of polio workers shifted their focus to help contain the spread of COVID-19 by teaching communities how to stay safe, distributing soap and hand sanitizer, and supporting disease surveillance and contact tracing. Polio Emergency Operation Centers—local, field-based offices that work to urgently stop the spread of polio and have also tackled other diseases, including Ebola—quickly pivoted to guide the response to COVID-19. And the Global Polio Laboratory Network, which consists of 145 labs worldwide, has stepped in to support COVID-19 surveillance efforts.

We have what it takes to finally wipe polio off the face of the earth. The Global Polio Eradication Initiative, a public-private partnership that includes our foundation, has proven it can meet local challenges to eliminate polio in country after country. The initiative continues to focus on adopting new tools and approaches to make vaccination campaigns more effective so every child can be protected. And, most importantly, we have thousands of dedicated polio workers committed to this case.

At the same time, to be blunt, we are at risk of losing the gains we have fought so hard for.

We still aren’t reaching areas of Afghanistan and Pakistan. Outbreaks of other forms of polio continue to crop up in under-immunized communities across Africa and parts of Asia. And the pandemic continues to interrupt polio campaigns and routine immunizations.

To address these challenges, the Global Polio Eradication Initiative has adjusted its strategy, including by strengthening its integration with other health programs, improving vaccination coverage and the overall health of local communities. The knowledge, skills, and infrastructure built to end polio and all the suffering it causes will also be used for detecting and responding to other major health emergencies. That’s a win-win investment.

But it will need continued support and resources, including from historical champions like the United States, United Kingdom, and United Arab Emirates, to deliver on these promises.

The iron lung was one of the greatest tools to fight against one of the worst outcomes of polio.

Today, it’s the iron will of the thousands of polio workers and their supporters who are committed to finishing the job.

Thanks to the commitment of Rotary and other partners, as well as the dedicated political leadership of polio-affected countries, I’m confident that we can create a world where no child will ever be paralyzed by polio again. 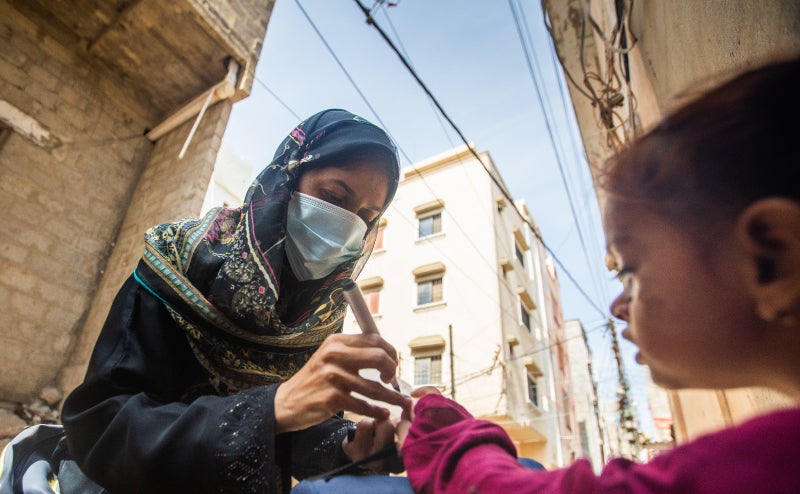 Optimism and resolve on Pakistan’s last mile to end polio

I made my first trip ever to Pakistan to learn about the country’s incredible efforts to wipe out polio. 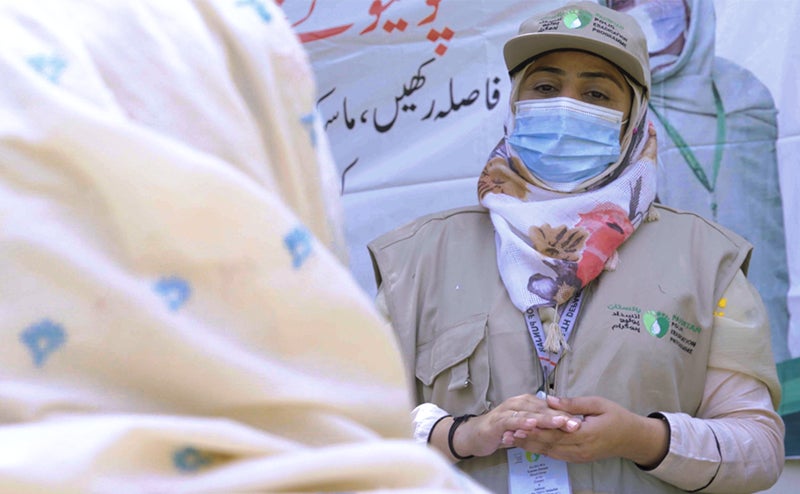 Going door to door, this hero brings the world closer to ending polio

19 million people who would have otherwise been paralyzed are now walking today thanks to heroes like Shumaila Rehmani.